It was the Annual QUIZ NIGHT

This event was to have been held in January, but was postponed due to bad weather.

Some 30 members, both English and French,  came to La Maison de Quartier des Fourches in Laval for the tricky questions.

Then a “Bring & Share” buffet was tucked into, followed by those elusive answers. 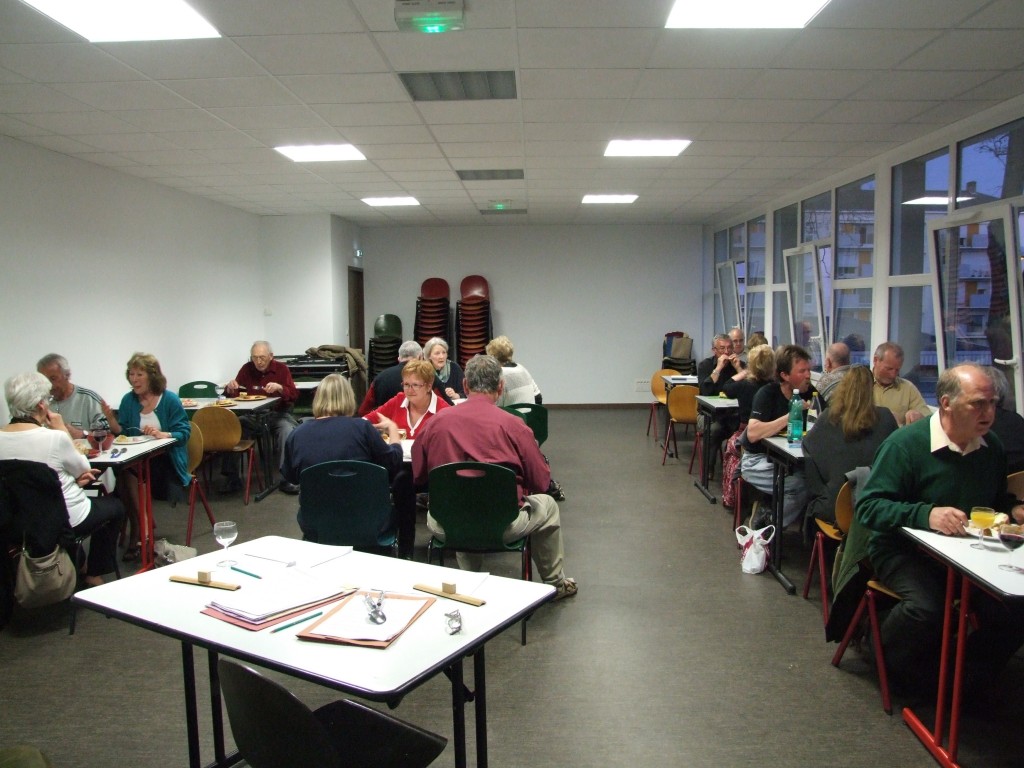 A big thank you to  Marian Barontini and Carol Guedalla – by tradition the previous year’s winners set the questions and organise the event.

They handed over the crown to this year’s winners: Fred & Janet Greatorex. The close runners up were Lynn Chesters and Bob 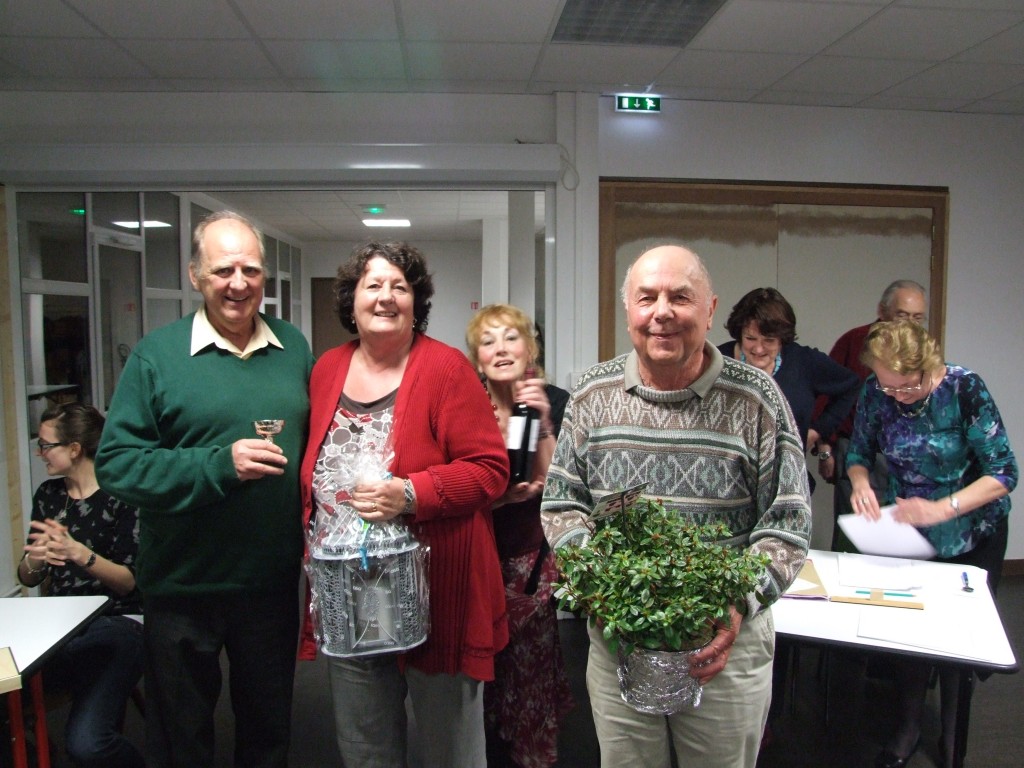